After being shot in the gut, a young pepper farmer lies still and silent in a rickety hospital bed in the farming town of Miango in Plateau State, central Nigeria. In October, his village of Nkiendonwro was attacked by men wielding AK-47s and machetes, killing 21 people, locals say.

Such stories can be heard repeatedly in the surrounding villages of Ancha, Hukke, Kperie and hundreds of others across Nigeria’s fertile Middle Belt.

Oboigba Osaze, the hospital’s resident doctor, says he has tended to over 500 such cases since arriving here two years ago. He pulls out some plastic bags from a drawer, each one holding bullets taken out of his patients’ bodies. “This is nonstop,” he says. The attacks were, locals claim, likely carried out by nomadic Fulani herdsmen, a group that is scattered across the Sahel region — the long strip of land along the southern edge of the Sahara desert.

The pastoralist Fulanis have traditionally migrated south during the dry season in search of water and grazing land for their cattle. But as climate change and increased drought have caused greater desertification, they have been forced even further south and into conflict with farmers, whose numbers have increased in line with Nigeria’s growing population.

Across swathes of the Sahel, arable land is becoming increasingly scarce. “Dry seasons are lengthening and rainy seasons are shortening,” explains Robert Muggah, an academic expert on conflict in the area. “This is putting pressure on pastoralists to stay longer on farmers’ land. In the past, tensions and disputes were managed by local chieftains and customary rules. As grievances escalate they spill over into violence, overwhelming existing systems of conflict management.” 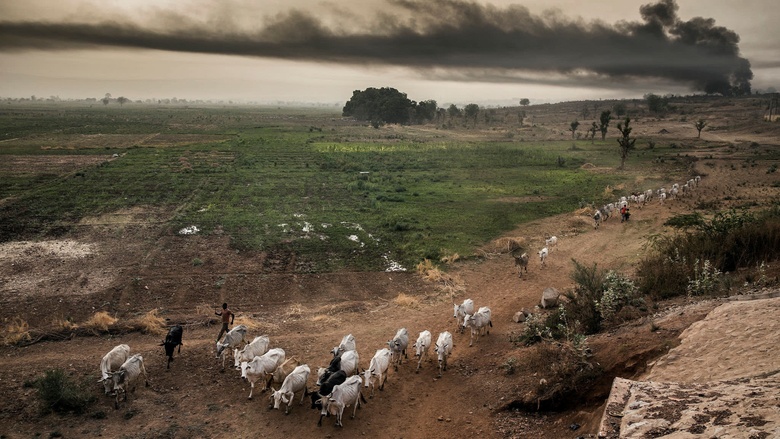 The potential for agricultural expansion is massive in Nigeria. According to the UN’s Food and Agriculture Organization, Nigeria uses only half of its 71m hectares of available farmland. For Joseph Lengmang, the director-general of Plateau State’s Peace Building Agency in Jos, the state capital, there’s a “clear association and correlation between the risk of attacks and violence and low agricultural productivity”.

Amnesty International estimates that more than 3,640 people were killed between January 2016 and October 2018 in clashes over access to pasture in the Middle Belt. This represents about a third of Nigeria’s land mass and includes some of the most fertile farmland in west Africa, say experts at the International Institute of Tropical Agriculture in Nigeria.

The conflict is also adding fuel to already heated religious tension since the majority of Fulani herders are Muslim and most of the farmers under attack are Christian. Yet some Fulani have also been reportedly attacked by farmers.

Brighton Karume, a Zimbabwean agronomist working in Nigeria, says that “until someone solves this, it will be hard to unlock real agricultural growth here because security is a big concern for investors”. The conflict is hampering the Buhari administration’s plans to reduce the country’s food import bill — about $6bn a year, according to the United Nations — and to increase farm exports, to reduce Nigeria’s dependence on oil as a source of foreign currency earnings.

Until someone solves this, it will be hard to unlock real agricultural growth here because security is a big concern for investors

“This land is perfect for agriculture and because it is so fertile herdsmen want it for their cattle,” says farmer Lawrence Zongo, who leads the Committee on Rural Rights and Empowerment in Miango. After herdsmen attacked his farm in July, he was forced to move to a place where he feels safer, but where there is far less land to grow millet, soya, and corn.

He estimates his annual income will shrink from N1.5m ($4,139) to less than N400,000 ($1,103) this year. “If farmers run away from their farms because they feel threatened by livestock keepers, what is it going to happen to our food production?” warns Adebowale Akande, executive adviser on agribusiness to the governor of Oyo State.

The cattle-grazing crisis has wider implications. In Africa’s most populous nation, about 60 per cent of livestock is managed by pastoralists while 88 per cent of farmers are smallholders producing most of the country’s farm output, which accounts for some 21 per cent of gross domestic product.

“You know what this conflict does? It limits the potential of agriculture,” says Rotimi Williams, a 37-year-old entrepreneur who owns Kereksuk Rice Farm, until two years ago one of the largest commercial rice farms in Nigeria. He had to freeze production on his 45,000 hectare site, due in part to attacks on his farm in Nasarawa State.

Across the river from his farm are Taraba and Benue states, both known for clashes between farmers and herders, but also between the Jukun and Tiv communities, who have been killing each other over land disputes, explains Mr Williams. “There’s no future in agriculture in Nigeria until we solve this strife,” he adds. 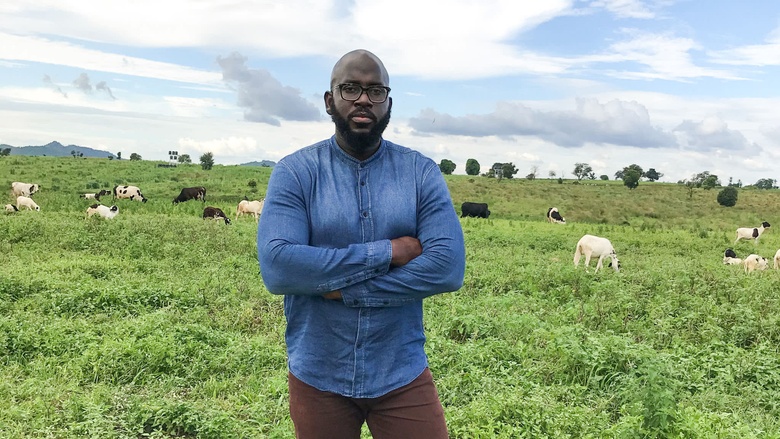 However Mr Williams believes such initiatives will not halt the violence altogether. In late June, he launched Resolute 4.0, a pilot mobile phone app that aims to reduce the clashes between herders and farmers in the Bassa area of Plateau State by mapping farm boundaries and grazing routes.

It also provides early warning alerts and sends information to the Nigerian Army Farms and Ranches, a military unit that promotes agriculture and protects farmers. When users push a panic button, the app sends an alert to the security forces for rapid response. It has already received 162 alerts.

“No one is going to pump money into Nigerian agriculture if they don’t know when their people would be killed or their assets raided,” he says.

Back at the hospital in Miango, a 21-year-old female potato farmer gingerly touches her wound. In early September, when herdsmen attacked her village of Tafigana, one bullet pierced her right shoulder. “I just want all this violence to end and to be able to farm again,” she says.