For many across the world who eat Nutella, it is simply a tasty hazelnut cocoa spread that can be enjoyed on toast or sometimes straight out of the jar.

For the generations of Italians who have grown up eating it, the treat is interwoven with the country’s cultural fabric and a point of national pride. An admission in 2017 by Italian multinational confectioner Ferrero that it had fine-tuned its recipe for Nutella sparked howls of protest from the spread’s diehard fans.

Arguments about the provenance and sustainable cultivation of hazelnuts, its key ingredient, have also transformed the kitchen staple into an unlikely political football in Italy.

In December, Nutella was dragged into the political arena after Matteo Salvini, leader of Italy’s anti-immigrant League party and erstwhile fan, declared that he would no longer eat the spread after discovering that many of the hazelnuts used to produce it were grown not in Italy, but in Turkey.

Having previously posted proud selfies of himself enjoying a slice of Nutella on toast, Mr Salvini told a supporter late last year that Ferrero was not doing enough to support Italian farmers.

“I discovered that Nutella uses Turkish hazelnuts, and I prefer to help companies that use Italian products, I prefer to eat Italian, to help Italian farmers,” he said. 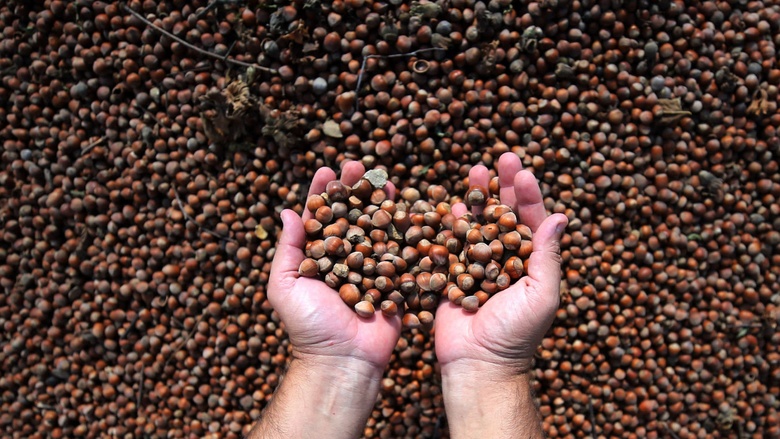 These were not the only times that Nutella had come under the spotlight over the social or environmental impact of how it sources ingredients. In 2015 Ségolène Royal, France’s then environment minister, was forced to issue an apology after calling for a boycott of Nutella by consumers because of its use of palm oil, which she linked to deforestation.

Such criticisms have forced Ferrero — which grew into an Italian national institution after Pietro Ferrero, a Piedmont baker, began selling a creamy hazelnut spread from his family bakery in the 1950s — to respond and demonstrate that its sourcing of ingredients is sustainable.

The confectioner, which is still controlled by the founding family in spite of posting annual sales of €10.7bn in 2018, has launched several initiatives over the past decade to make its production more environmentally friendly.

In 2015 the company vowed it was only going to use what it said was sustainable palm oil, and the previous year it moved to using only barn eggs for its products.

Ferrero, which accounts for around 30 per cent of all global hazelnut demand, said in 2018 that by the end of 2020 it would only use certified sustainable cocoa, hazelnuts and cane sugar.

In 2018 it also began working with farmers’ co-operatives in Italy to create 20,000 hectares of new hazelnut plantations in Italy in a plan dubbed the Progetto Nocciola Italia, allowing it to boost the local economy and Italian agriculture. 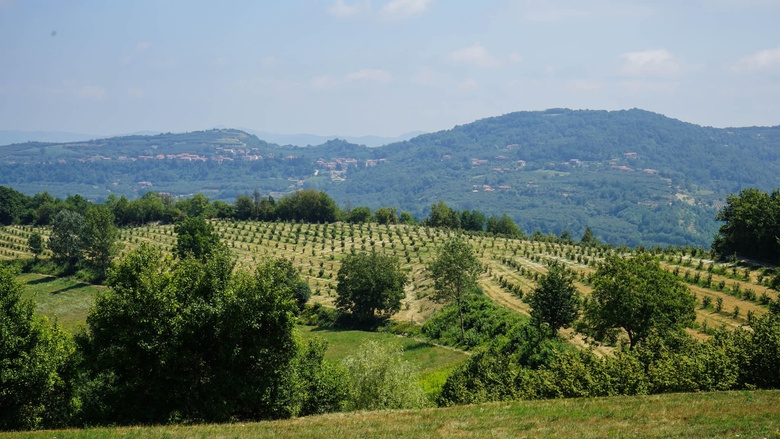 Christian Iaione, director of Luiss LabGov, part of Luiss University in Rome, argues that Ferrero, like other Italian family-owned companies, has always needed to be more sensitive to local environmental concerns due to its long-established ties to its home regions in Italy.

“Italian companies have always been, in general, more locally rooted because of the kind of businesses they run — things like fashion and food are deeply rooted in local and national culture and identities,” he says.

“It is a key characteristic of Italian family ventures that ended up becoming global champions. These ties with their local areas have always provided a basis for a different kind of corporate social responsibility and presence in their areas.”

However Ferrero’s drive to bring more of its hazelnut supply closer to home has not gone without controversy.

The company is increasing its domestic hazelnut production in regions including Umbria. But local environmentalists have voiced protests that the plan could endanger a local lake by exposing it to pesticides used to cultivate the crop.

In March 2019 Orvieto, in Umbria, local farmers held an event to raise concerns about “intensive monocultures” created by the mass production of hazelnuts, and what they argued would be the loss of biodiversity this would cause.

Ferrero has said that its plans take into account the concerns raised by locals, and the expansion of domestic hazelnut production will not be large enough in any one place to cause damage.

A Ferrero said that its Progetto Nocciola Italia scheme was specifically intended not to disrupt the local environment in the areas it was encouraging farmers to grow hazelnuts in Italy. “It provides the opportunity for farmers to diversify and reconvert their activities, and it is also an opportunity to prevent non-cultivated agricultural land from being abandoned,” the company said.

It also said that currently hazelnut production makes up a tiny fraction of cultivated land in Italy, or 0.7 per cent of the total, meaning its impact on the country’s overall agricultural balance would be limited.

But the continued controversy demonstrates a reputational dilemma facing large and much-loved national brands like Nutella: attempts to repatriate the large-scale cultivation of core ingredients to appease local politicians can also risk upsetting others concerned about the impact on the environment and the existing regional mix of agricultural output.

In the short-term at least, Ferrero’s attempts to reinvigorate Italy’s native production of hazelnuts while imposing improved sustainable practices at home and abroad look set to remain under the spotlight.