The southeastern corner of the tiny island of Príncipe, about 200km from mainland west Africa, hosts the raw material to make some of the world’s best chocolate, says local farmer Arlindo dos Ramos, taking a golden cocoa pod from a short tree and cracking it open.

He then pulls out a slightly slimy white bean of sweet taste. “They are generally more bitter; here they are not. It’s the way we tend to them,” he says.

The beans are dried at the Terreiro Velho plantation where he works, then shipped across to the island of São Tomé where they will be transformed into premium chocolate by the estate’s leaseholder, Italian agronomist Claudio Corallo.

On a warm, breezy summer evening under the palm trees of the São Toméan capital, Corallo pulls out a brick of chocolate he has been carrying in the right pocket of his jeans. Chocolate, he says, should always be served warm — at between 27 and 28 degrees Celsius, “so it tastes the way it should taste — good, natural”.

Using nature to extract the best results has been his modus operandi throughout his career. After studying in Florence, Mr Corallo first learnt to grow coffee in Zaire — now the Democratic Republic of Congo — in the 1970s under the rule of the dictator Mobutu Sese Seko. 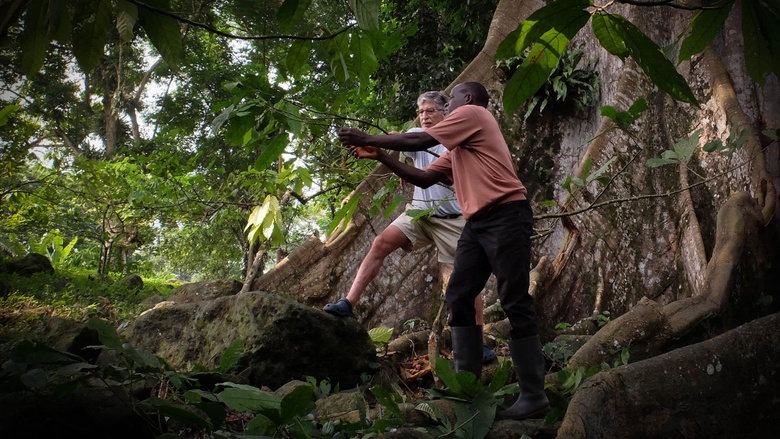 When in the 1990s the political and economic situation in Zaire became untenable, he moved to São Tomé and Príncipe, where he took over the concession of the 1898 Terreiro Velho roça, or plantation — land that was nationalised after independence from Portugal in 1975.

“Although I never liked chocolate, I was fascinated by cocoa plants and their fruits,” he recalls. São Tomé and Príncipe was the perfect playground for his new-found passion.

Due to its rich volcanic soil and location, Príncipe is well suited for the cultivation of premium cocoa. “All the cocoa of the world is produced in the strip of land between the tropics — and the island of Príncipe is practically halfway between the two,” explains Mr Corallo.

Cultivation of the crop is now central to the economy of this African archipelago discovered by Portuguese explorers around 1470.

King João VI of Portugal ordered cocoa plants from Bahía in Brazil’s north-east to be sent to Príncipe around the year 1820 where, according to records from the islands’ then-governor João Baptista de Silva e Lagos, they were “embraced” by the soil. 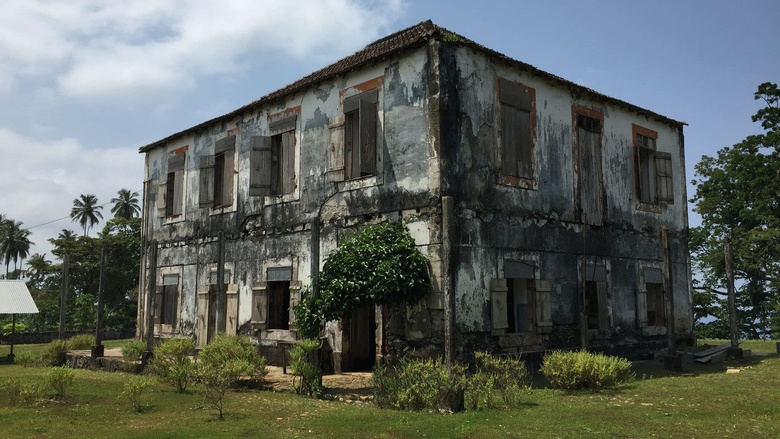 “The cocoa that I grow comes from the first plants that were imported from Brazil, called Forastero Amelonado. They are not very productive plants, that is why they have been replaced almost everywhere by more productive modern hybrids — but with much less flavour,” says Mr Corallo.

He is punctilious on his handling of fragile tropical soils. “If left naked under the direct effect of the sun and rain, they lose cohesion, dilate and acidify quickly, losing fertility,” he says.

His formula is to leave the soil covered with handpicked leaves for “organisms to grow underneath them so the soil remains soft, airy, permeable and full of life”.

Still, at a time when concerns about desertification are rippling across neighbouring parts of west Africa, such handling of the soil may prove key to the nation’s future.

The country’s volcanic peaks are capped by clouds and draped in rainforests that rise above the waters of the Gulf of Guinea, providing some climatic protection for its delicate ecosystem.

According to the World Bank, São Tomé and Príncipe has performed better than some of its impoverished sub-Saharan African peers. Cuts in foreign aid have driven one of the continent’s smallest countries to put faith in its premium cocoa products.

Exports of cocoa are small in monetary terms, at more than $8m a year, but represent almost 90 per cent of the country’s total merchandise exports, and so form an essential plank of an economy that depends on foreign currency earnings to import much of its food. “We are betting on producing organic cocoa for a niche market. The quality of our cocoa is very good,” he adds. 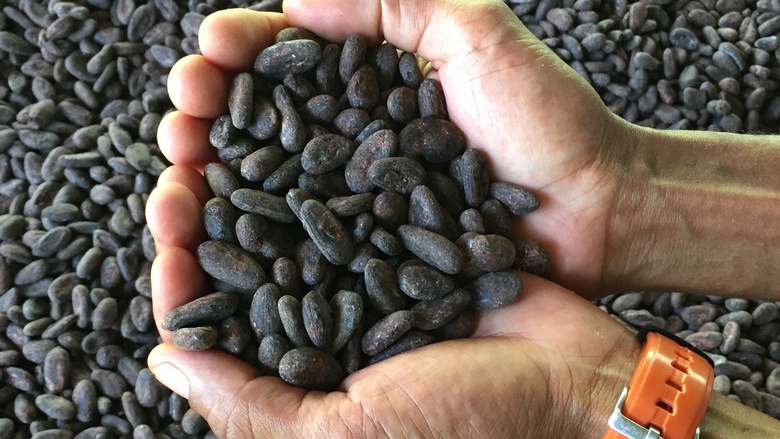 Ghana and Ivory Coast produce nearly two-thirds of the global supply of cocoa — the main ingredient in a chocolate industry worth more than $100bn a year in sales. But producers of the cash crop in these countries earn only a fraction of the final value of the price secured by global chocolate manufacturers.

In Príncipe, Mr Corallo and a handful of others are adding value by making chocolate with cocoa plants that produce less but deliver more flavour to the final product.

He complains that São Tomé and Príncipe still lacks adequate infrastructure and export financing facilities to fully exploit its potential as a supplier of a more valuable premium version of the crop. But he is pleased to be among a growing number of local chocolate makers and a pioneer who has “been able to continue to profitably cultivate the same land, and without ever tilling it”.

His premium finished chocolate is not without critics. For former president and fellow cocoa producer Fradique de Menezes, it is “too sweet”, he chuckles, in a sign of friendly rivalry.

As he defends his organic, and sustainable credentials, Mr Corallo says: “The forest has been my greatest teacher. A plantation can develop over time only if it is in perfect harmony with the environment that hosts it, and the people living and working in it. In other words, a plantation must not be a cancer of nature but be a harmonious part of it.”