The most enjoyable science activity of my middle years at school involved soil biodiversity. We poured jugs of mustard water on to squares of grass and earth — and counted how many earthworms and other invertebrates escaped the irritating liquid.

While we schoolchildren marvelled at the number of creatures wriggling out of the soil, they were but an infinitesimal fraction of its real population.

According to the European Soil Data Centre, a typical teaspoon of agricultural soil contains more than a billion bacteria of several thousand different species, a million other single-cell organisms, a million individual fungi and hundreds of larger animals such as worms and insects.

Scientists have long known that this biodiversity — as much as physical and chemical characteristics like friability and acidity — plays a key role in soil’s ability to support plant life, including agricultural crops.

But they are still scratching the surface of what makes soil tick. The topic is particularly topical in the UK, where soil health is a key part of the government’s new Agriculture Bill.

“We have woken up to the importance of biodiversity in soil and there is now a huge amount of research in this area,” says Jane Mills of the Countryside and Community Research Institute at the University of Gloucestershire. “Until recently agronomists focused on soil chemistry, looking at nutrients and fertilisers.”

Many of the ecosystem services provided by soils depend on the build-up of organic matter, says Rob Griffiths, a soil microbiologist at the UK Centre for Ecology & Hydrology. “It is incredible that we still don’t really understand the details of how vegetation turns into soils.”

Worms are an indicator of agricultural soil health, being affected by acidity, waterlogging, compaction, tillage, rotation and organic matter management. They are the chief engineers of soil structure and consuming leaves and other plant material which they then excrete to undergo finer decomposition by their microbial colleagues.

As much as half of the organic matter in UK upland soils is likely to have passed through a worm’s gut. They are also vital food for wild birds, mammals, reptiles and amphibians.

Farming organisations such as the UK Agriculture and Horticulture Development Board encourage farmers to count earthworms using a standard procedure that involves digging out cubes of soil measuring 20x20x20cm (but not using mustard).

Counting and identifying soil microbes has been a far harder task, however, because fewer than 5 per cent of them can be isolated and cultured in the lab through conventional microbiology. New molecular fingerprinting technology is coming to the rescue in the form of genetic sequencing and data analysis, known as “metagenomics”.

Scientists can take a soil sample and sequence all the DNA in it, which may come from hundreds or thousands of different microbes. Powerful computer programmes then try to sort out the various contributing organisms.

Researchers are using early results to build up databases of soil microbes. The first attempt to develop an atlas of soil microbes, published by an international team in the journal Science, mapped around 25,000 types of bacteria — 500 of which accounted for about half of soil bacteria in 237 locations sampled around the world. 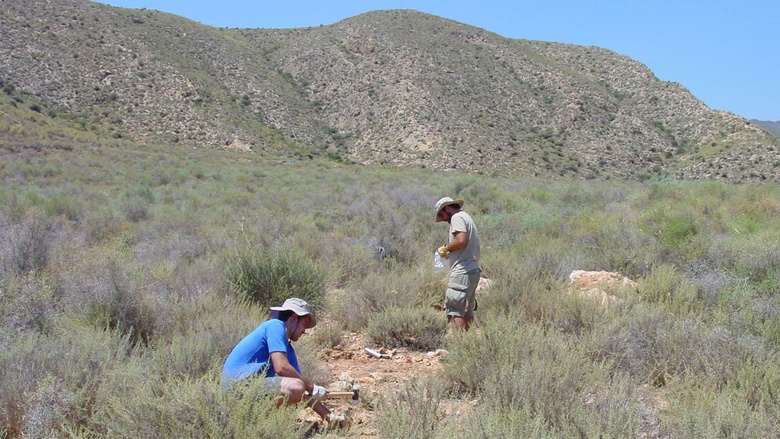 At a biological level below bacteria, are the viruses that infect them, known as phages. Their impact on microbial activity in soil is almost entirely unknown, though a US team at Pacific Northwest Regional Laboratory recently published a first attempt to map the global soil virome.

“We have begun to use technology to find out who is out there,” says Dr Griffiths. “Now we want to find out what they are doing. The hard thing will be to tell farmers what aspects of soil biodiversity make soil ‘better’ or ‘worse’ for producing crops.”

One of the biggest changes in European arable farming over the past few years has been to drill seeds directly into the soil without tilling or ploughing. Minimum tillage increases biodiversity in the upper layer as organic material builds up, which may help crop productivity.

But there is debate about whether minimum tillage is useful for capturing and storing carbon in the soil, says Dr Griffiths. “After a few years we see carbon increasing in the top soil but a lot of people are saying that it is decreasing lower down because you’re not redistributing the carbon so much through the soil without tilling.”

As soil quality and maintenance rise up the political and environmental agenda, we can expect farmers and agronomists to have access to sophisticated methods for assessing its myriad inhabitants from the molecular signature of environmental DNA soon. But there will always be a role for earthworm counts as a way to engage schoolchildren with the issue of biodiversity.