Sitting in an anonymous science park a few kilometres north of Nara, an ancient Japanese capital, the Keihanna plant looks like any other factory churning out auto transmissions or electronic components. But this facility grows lettuces.

Inside the plant, robotic arms transplant lettuce seedlings into giant racks where they grow under LED lights, in a near sterile environment. At full capacity, Keihanna will produce about 30,000 lettuces a day.

The factory, which belongs to a company called Spread, is one of the world’s most sophisticated examples of a “vertical farm”, in which plants are grown indoors in stacked layers, often without soil. The concept is thriving in Japan, where land and labour are in short supply.

“We started large-scale production in 2007 and finally in 2013 our plant became profitable,” says Shinji Inada, the chief executive of Spread. “We may be the only example of profitability for a large-scale vertical farm. Now we have the possibility of widespread market growth.”

For decades, the proponents of vertical farms have hyped the potential benefits of this kind of precision cultivation, including dramatic reductions in the use of land, labour, water and fertiliser. Vertical farms can be built anywhere — reducing the need to truck vegetables hundreds of kilometres to market — and maintain production whatever the season, whatever the weather. 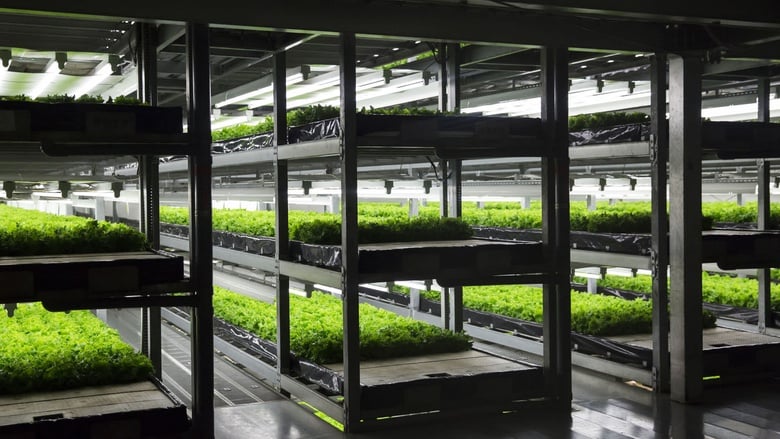 Despite these merits, most vertical farms have failed as the high costs of robotic equipment and artificial light lost out to the simpler technology of dirt, greenhouses and the sun. But the concept is now attracting a surge corporate investment, illustrated by companies such as Spread and Plenty, a US start-up backed by $200m from investors including SoftBank’s Masayoshi Son and Amazon’s Jeff Bezos.

The path to a viable vertical farm involves ever bigger facilities to reap economies of scale, reducing waste so it is close to zero and increasing automation to lower what can be crippling labour costs in areas such as seeding and harvesting.

Almost everyone in the industry starts with lettuce because it is easily grown indoors and there is sizeable, stable demand.

That is still a premium to wholesale prices, however, which many of Spread’s rivals have struggled to overcome. In 2014, Toshiba started producing lettuce in the clean room of a former electronics plant, but it was forced to end the venture in 2016.

“A lot of companies that entered the market just because they had an idle facility have failed,” says Kenji Omasa, president of the Agricultural Academy of Japan. The cost of LED lighting has fallen, he says, but operators must still reckon on labour, electricity and equipment each absorbing around one-third of their budget.

Toru Numagami heads up A-Plus, a start-up building a factory in Fukushima prefecture to produce 20,000 lettuces a day. Using technology adopted from automobile and semiconductor plants, he hopes to run an operation that would normally need 100 people with only 20 permanent staff. 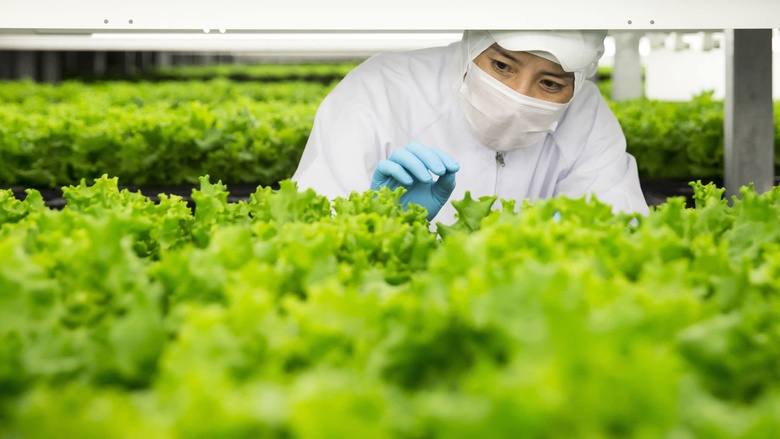 “At present, if there isn’t any subsidy then it is still hard to make it work,” he says. A-Plus is drawing on public funds for revitalising Fukushima after the 2011 earthquake and nuclear disaster. But Mr Numagami says that even the greatest attention to costs is not enough to make a vertical farm succeed.

“The usual model in agriculture is that you farm a product and then you sell it. With a vertical farm you have to start from the customer’s needs,” he says. Successful vertical farms, agrees Mr Omasa, are those with a route to market. When producing high-priced lettuce by the tonne, simply trucking it to the local wholesaler does not suffice.

The competitive advantages of vertical farms include the stability of supply and the hygienic conditions of production, which reduce blemishes and the need to wash the lettuce. One option is to sell directly to supermarkets with a greater shelf life and a premium price.

Mr Numagami hopes to supply trade customers and is looking into automated slicing. The ability to supply “salad-ready” lettuce to fast food outlets and convenience stores would offer value-added over anything a wholesale market could provide.

All the main players in the Japanese industry hope to expand through partnerships overseas, especially in countries with constraints in water supplies where the environmental benefits of vertical farms will be at their greatest. Spread already has a partner in the United Arab Emirates.

The big environmental question is about the source the energy used for LEDs rather than depending on sunlight. Mr Numagami said the answer is renewable electricity: “If this can be done using solar power then environmentally, it’s perfect.”