Global cocoa yields have tumbled by 12 per cent since 2006 as a combination of old trees, poor soil conditions, pests, disease and dated agricultural practices has started to reverse decades of progress.

The data from the UN’s Food and Agriculture Organization are bad news for the planet’s army of chocolate lovers, but the implications are far worse for the millions of small-scale farmers scratching a living growing cocoa across Latin America, Africa and south-east Asia.

Declining crop yields are one of the factors behind an ongoing rise in the number of people living in hunger of around 10m a year, according to the International Fund for Agricultural Development. Yet while the UN agency has long recognised the problem, its traditional solution of making concessional loans to governments has not given farmers the resources they need.

So Ifad is trying a different approach, with a greater emphasis on private capital. Since September 2019, it has allowed itself to invest directly in small and medium-sized rural enterprises. In April 2020 it made its first direct investment into the private sector, putting $9m into a fund run by Bamboo Capital Partners, a social impact investment firm.

The Bamboo fund is an example of blended finance, in which capital from multilateral organisations is used to attract private money. Any loss is absorbed initially by the multilaterals, including Ifad, making the fund more attractive to risk-averse investors.

“There is huge potential in this space and huge opportunity for disruption because the normal investment and finance models have had limited success in working with small-scale farmers,” says Ron Hartman, director of global engagement, partnerships and resource mobilisation at Ifad.

Mr Hartman says that $200bn a year is needed to eradicate rural poverty by 2030, but official development assistance is less than 5 per cent of this. “One key missing element for us is engaging with the private sector,” he says. “We have to find mechanisms and ways of being able to engage in public-private partnerships to facilitate the engagement of the private sector to invest in marginal rural people.”

This has not proved straightforward. Mr Hartman says most UN agencies “have struggled in some respects to find the right instruments and mechanisms to be able to engage the private sector. The experience has been very mixed”. 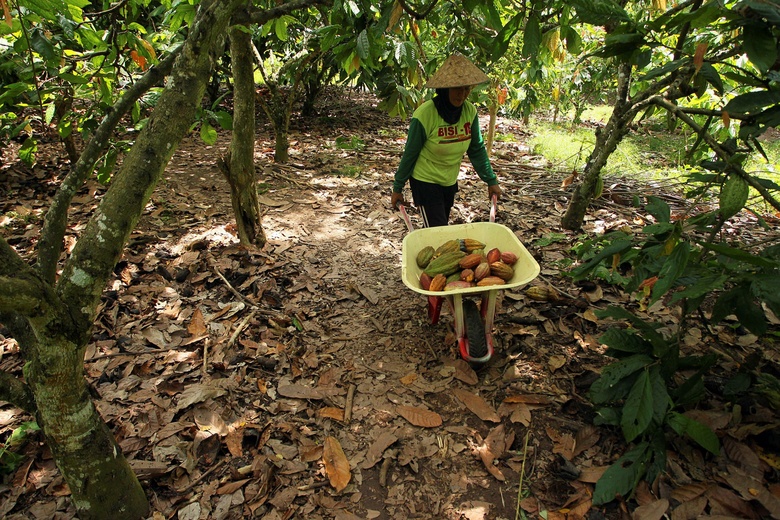 Ifad itself has formed partnerships with several global businesses, including Mars, the US confectionery group. The pair have been working with the Indonesian government to improve the livelihoods of cocoa farmers on the island of Sulawesi.

When the collaboration began, in 2012, productivity was falling but smallholders could not get finance, and had little incentive to invest anyway, given limited market access for their beans. The fragmentation of production among hundreds of thousands of small farmers stymied economies of scale.

As part of the Sulawesi programme, the government provided public goods including infrastructure to facilitate market access, Mars offered technology and price guarantees, and Ifad committed $30m-$40m in concessional loans to fund training and the replanting of old trees.

Despite the hurdles, the project seems to be a success, with yields rising by almost 150 per cent and smallholders “trebling or quadrupling their incomes,” Mr Hartman says.

Daan de Wit, spokesman for IDH Trade, says small farmers have typically struggled to gain access to commercial investment because a lack of data as to their creditworthiness and the fear of inclement weather have made them appear high-risk.

The new facility encompasses commercial bank loans to co-operatives or other groups of coffee farmers. If the deal sours, IDH and Neumann Kaffee soak up the first 10 per cent of losses. USAID then takes 40 per cent of any loss after this, cushioning the private lenders.

Agnes Johan, head of blended finance at Rabobank, says that while the Dutch bank’s charitable foundation has worked with smallholders, the commercial bank itself has struggled to make the numbers work.

“It’s very complicated because none of the economic models allow you to make a risk assessment on a smallholder because you don’t have enough data,” she says.

Alongside seeking to prove smallholders are investable by helping them, IDH Trade plans to build up a database on what works and what does not.

“We will create data to see if the risk from smallholders is really so high or whether it’s just perceived to be high,” says Ms Johan. “It’s a jump in the dark, because nobody really knows.”

IDH is already hoping to replicate this model more broadly with the launch of its Farmfit Fund, to allow small farmers across the developing world to borrow long term to increase productivity.

“Eventually there should be a mechanism to allow all sorts of investors to invest in small-scale agriculture,” Mr de Wit says. “We are ambitious. It is clear the financial world needs to invest in smallholders to make them able to leapfrog out of poverty,”

Ultimately this may raise its own dilemmas. More efficient farming typically requires fewer workers, as the developed world has seen in centuries past. That may be problematic if alternative work is not available for those displaced.

“Often they are not farmers by choice, it is by default,” Ms Johan says. “Do you want to keep all these really small farmers or do you want to work on structures that enlarge plots of land? That’s an awkward question because there are no alternative ways of making money in these areas.”